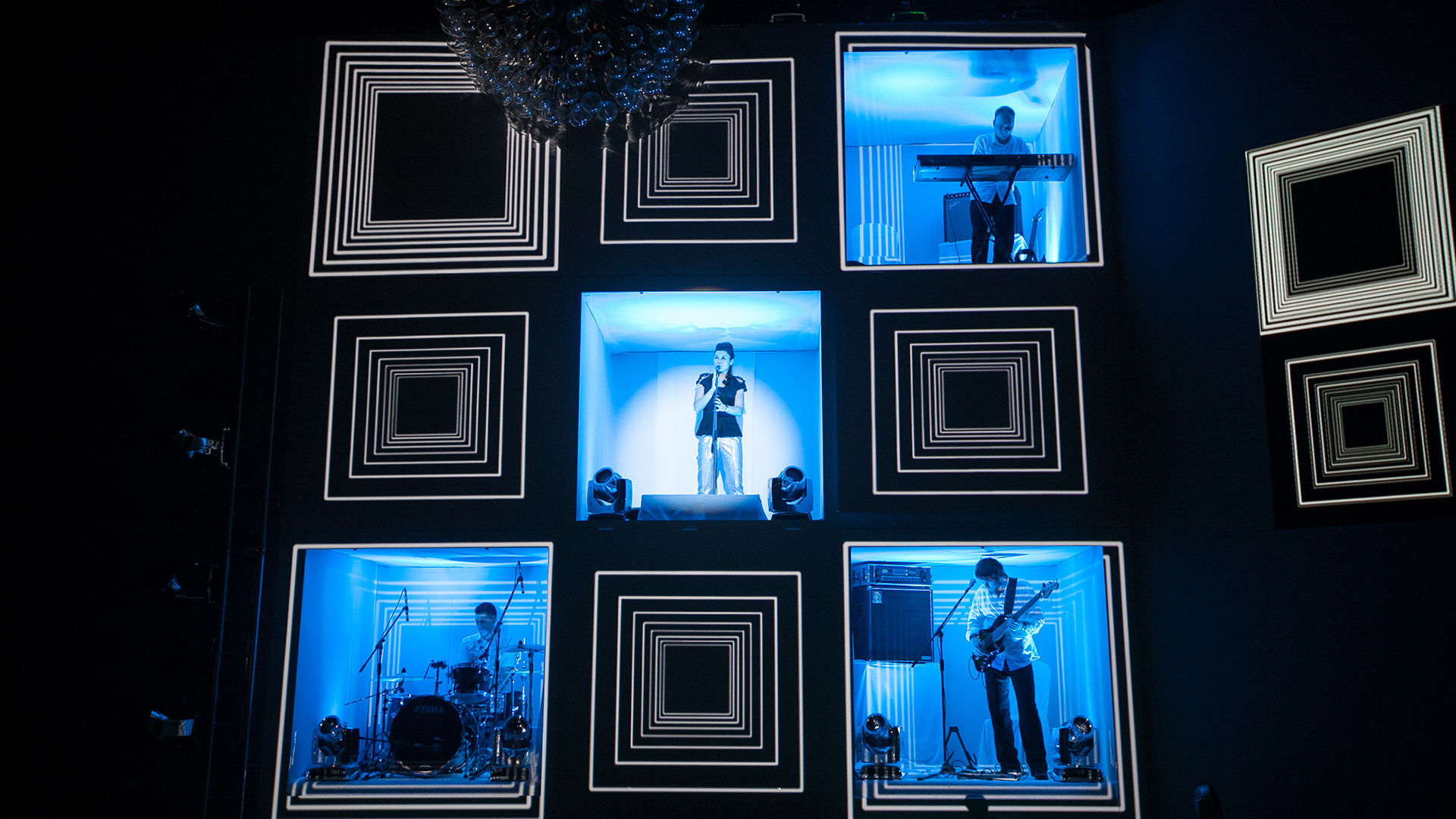 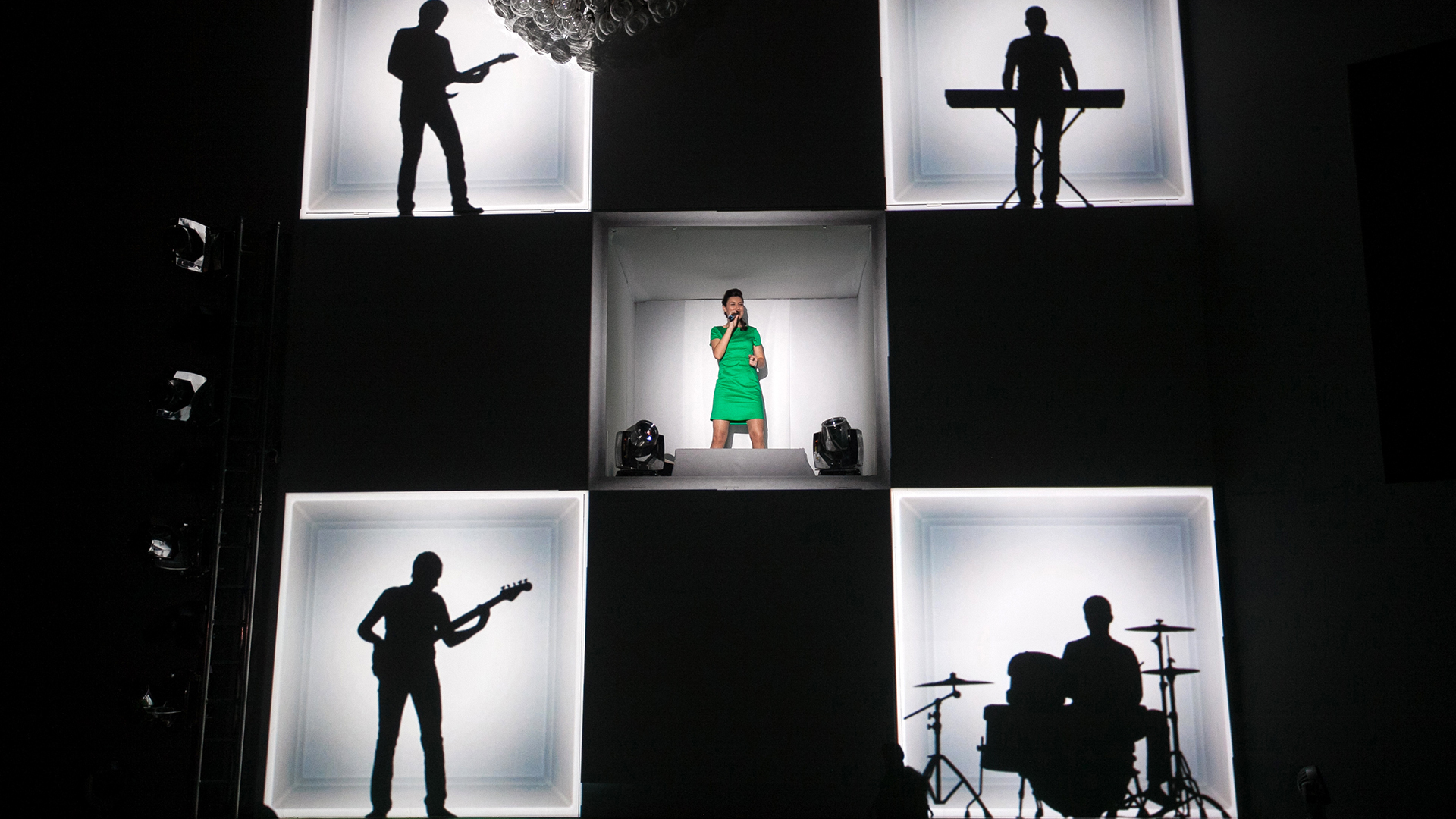 For this gala dinner, we developed a transforming stage, which at the beginning of the evening looked like a unified projection surface. On this, large, seamless conceptual images were projected. Then suddenly a virtual MC appeared. This was the first of a series of unexpected transformation. Next, the central cell within the stage structure opened on 2 meters height to reveal a live female singer surrounded by the Shadow Band.