The themes of this digital poetry story were dreams and loneliness. Often, we get so caught up in vivid dreams, which are populated by our colorful images and fantasies, that we simply lose track of the present and the world as it actually exists around us.

In other words, it is the age-old narrative of loneliness. The story was told using body language without words. We were able to produce vivid graphics using motion capture technology. The holographic world was projected onto the water screen, and the characters appeared and moved between the real and virtual worlds to the amazement and delight of the audience. 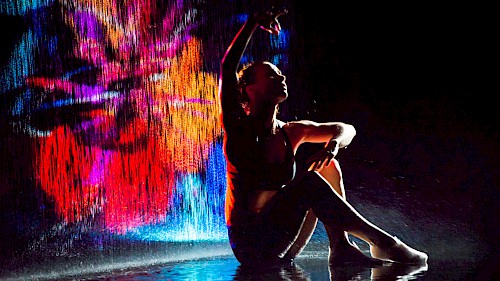 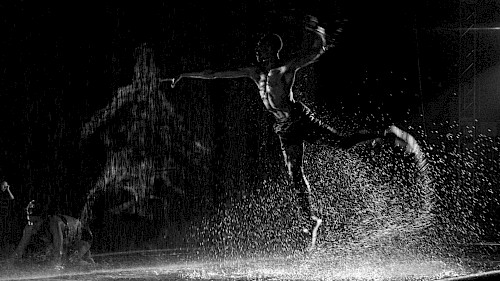 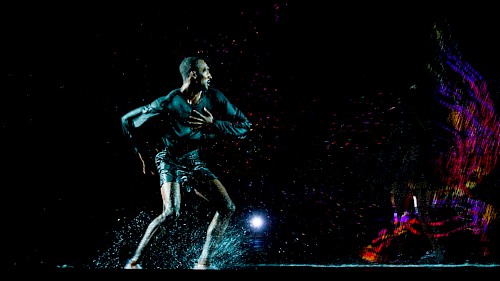 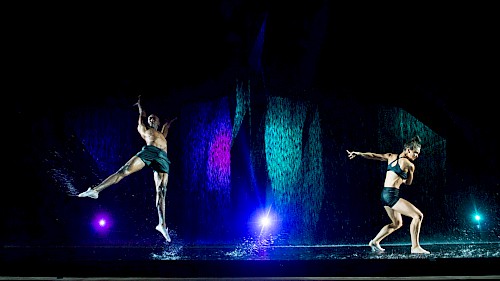 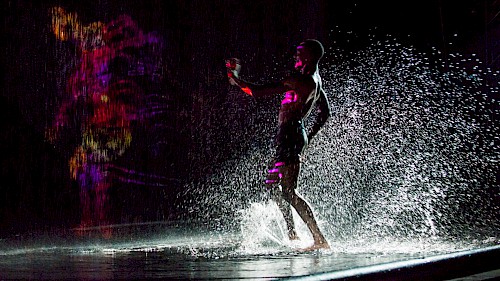 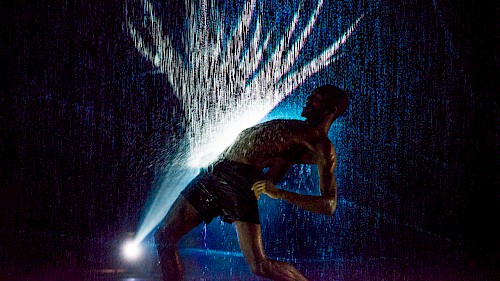